Women suffered greatly during the wars of the DRC including widespread sexual violence, watching family murdered and being forced to cook and care for the same soldiers. It is reported that the eastern Congo still has the greatest prevalence of rape and other sexual violence in the world.

Working towards gender equality needs to be addressed community-wide. Gender equality is not only enabling women a part in the workforce but ensuring that women are valued as equal in worth. Men and women also need to take on equal workloads, taking in to consideration the work that is done in the home as well as outside of it as well as.

Gender equality education works towards encouraging mutual respect and trust. It should also promote empowerment of women in conflict situations and peace building. The Mahagi region has already taken steps towards this goal but more is required. 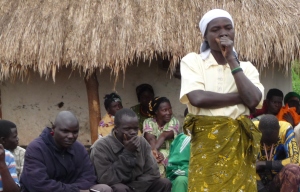