It has been reported that during the Second Congo war, soldiers of the Les Effaceurs burned schools and partook in cannibalism causing widespread fear and many Congolese to flee into Uganda where they took refuge. Mr Uketmu, Chief of Ame County, reports that many school buildings were burnt during these years and the community does not currently have the capacity to construct new ones. The education of the children suffers as a result.

Women also suffered greatly during the wars of the DRC including widespread sexual violence, watching family murdered and being forced to cook and care for the same soldiers. It is reported that the eastern Congo still has the greatest prevalence of rape and other sexual violence in the world.

Mr Uketmu also reported that whilst some health centers have been established, medicines are not readily obtainable. Safe drinking water is also unavailable. Roads are in poor condition and are left unrepaired. There is no tarmac, even on main roads, and bridges are made from make-shift materials. This affects the ability to build infrastructure and limits trade. 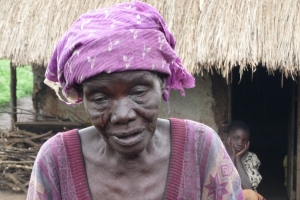